Scribble and scrawl a section of our gigantic monster, projected high up above the crowds, before it rots away before your very eyes.

Three Tents. Three participants. Two minutes to draw, scribble or scrawl your contribution to an ever-changing monster projected in real time on a gigantic tower of LCD screens.

In this extra-special version of the classic game, players are invited to draw the head, legs or torso of a creature from their imaginations, each on individual screens. Meanwhile, the newly-formed monster is revealed in awe-inspiring largeness – sometimes scary, sometimes comical – looming high up over the crowd. The possibilities are infinite!

In its original form, the Exquisite Corpse game involved participants drawing part of a character on a piece of paper, then folding the paper over so the next player could not see what had been drawn. The next player then drew another part of a character, and so on and so on. At the end of the game, the paper was unfolded, revealing a collectively created monster. The game started around 1925 and was played by Surrealists Yves Tanguy, Marcel Duchamp and Joan Miro among others. It is still a popular drawing game played by children all over the world.

Players can also continue to create online with the participants’ drawings that are instantly uploaded onto the website www.infinitemonster.net. 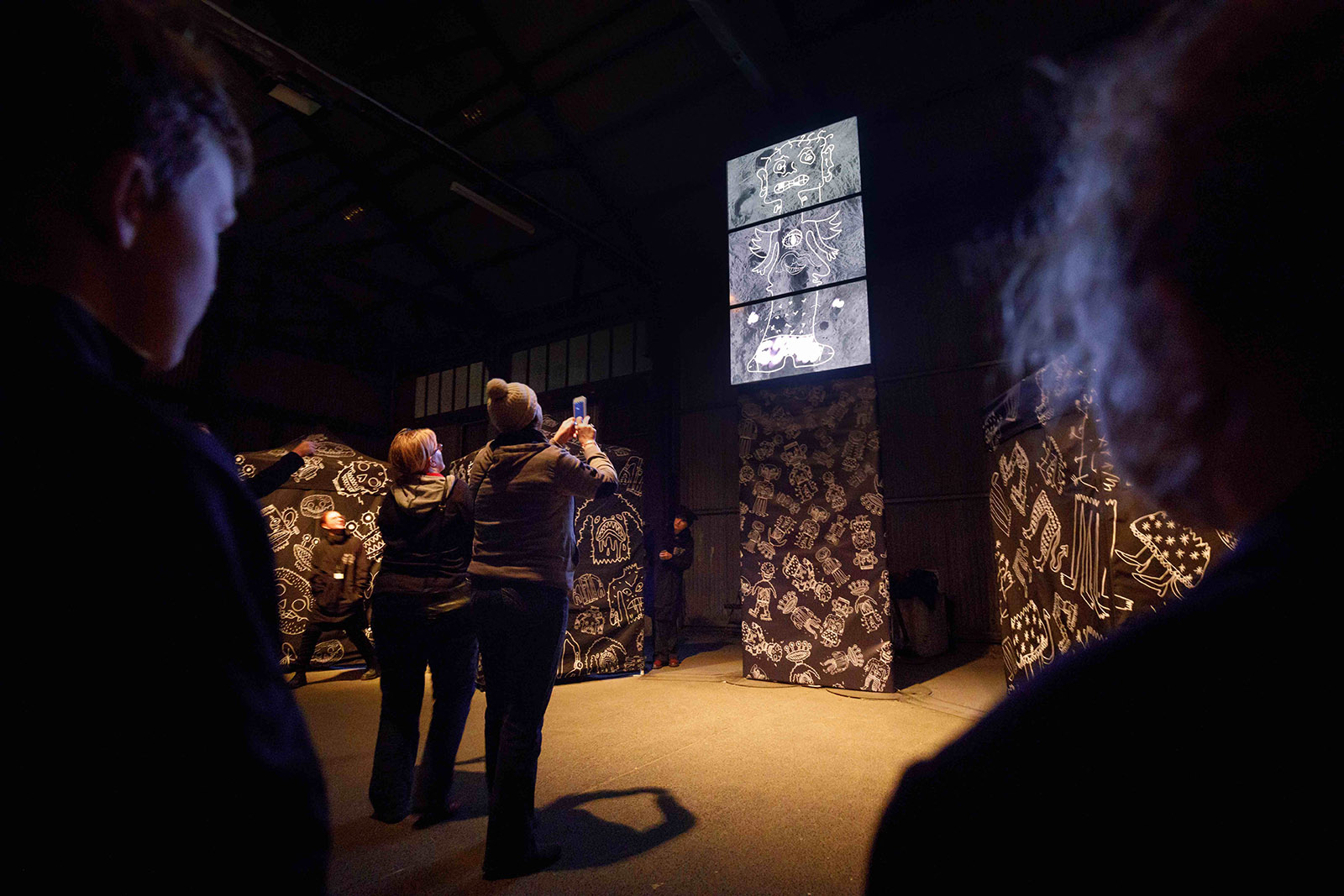 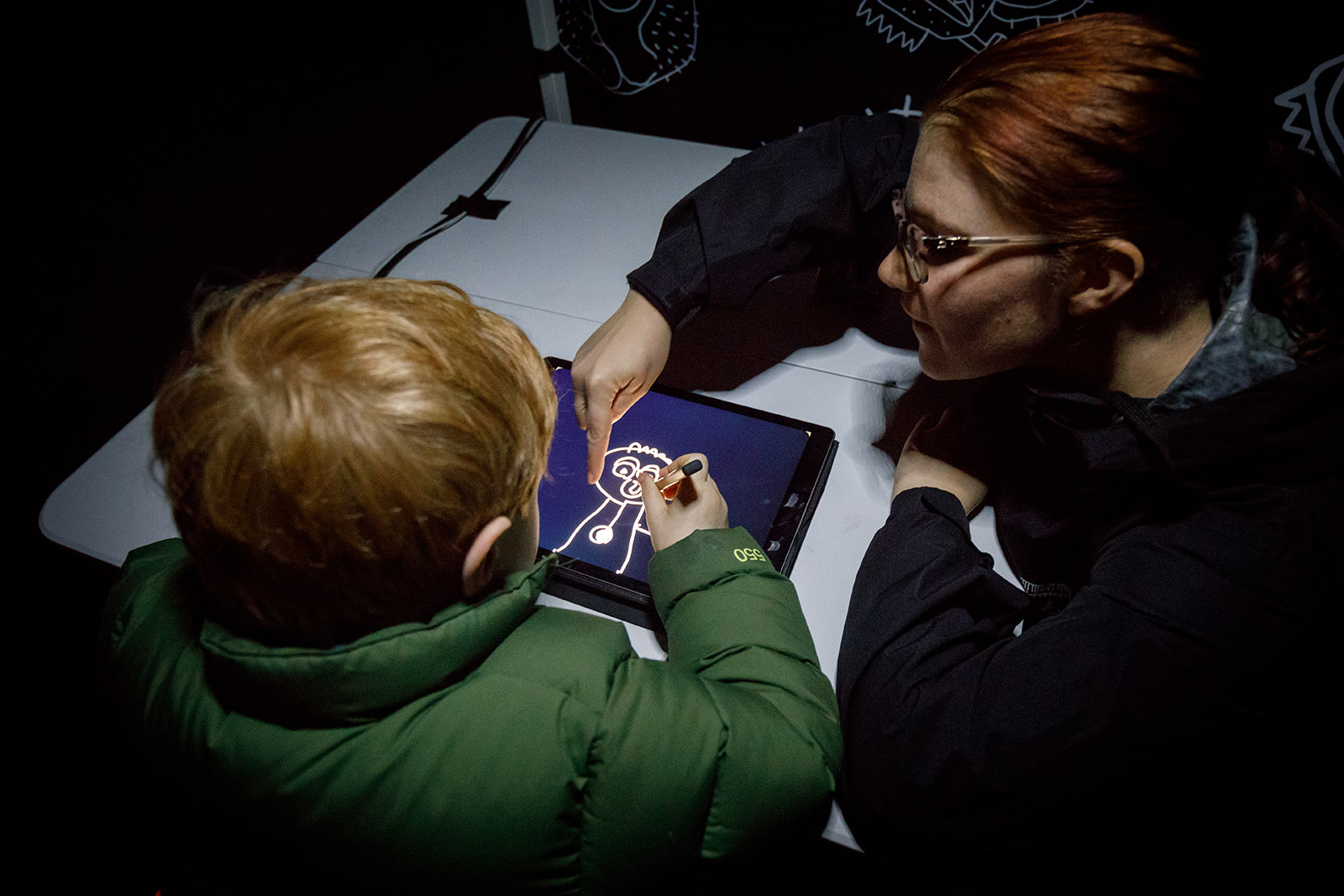