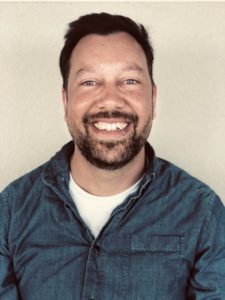 Finegan has had 94 commissioned plays performed on five continents and translated into eight languages. He has received 36 awards (at least one each year since 2002) including the 2017 Mickey Miners Lifetime Achievement Award for services to international theatre for young audiences, the 2015 David Williamson Award for Excellence in Australian Playwrighting, and an inaugural Sidney Myer Creative Fellowship.

This year 81 seasons of 18 plays are presented globally, with seasons in eight countries and five languages. In Germany, he is represented by Rowohlt Agency.

Finegan has been a keynote speaker at the Ubud Writer’s Festival (Indonesia), the Edinburgh International Children’s Theatre Festival (Scotland), TYA USA National Conference, and the ITYARN Conference (Argentina), among others. He has delivered papers or sat on panels at conferences/festivals in Argentina, Australia, Austria, Denmark, England, Indonesia, Scotland, Sweden and the US, with papers published.

He was one of 21 selected worldwide for the ASSITEJ Next Generation (young leaders in children’s theatre), and has sat on numerous arts boards including the Australian Script Centre and Tasmanian Arts Advisory Board, Arts Tasmania’s Assistance to Individuals, Tas Literary Awards and Artsbridge panels, and the Story Island Project board (promoting youth literacy and empowerment through storytelling with the state’s most marginalised young people).

Finegan was born in Co Cork, Ireland, and emigrated to Adelaide, South Australia, at eight. In 2004, he moved with his wife Essie to Hobart, Tasmania, spending the next 15 years writing for national/international companies from the island state, before coming home to Adelaide in 2019. He is committed to making strong and respectful work for children, which acknowledges them as astute audience members outside the plays, and worthy subjects within. His son Moe was born in 2014.

Best Writing/Adaptation for the Australian Stage: Green Room Awards (shortlisted)
The Violent Outburst that Drew Me to You (Melbourne Theatre Company)

Most produced original children’s playwright in the USA

The Hope Prize short story competition
Like Dresses in a Tree

Best Production for Children: Sydney Theatre Awards (shortlisted)
You and Me and the Space Between (Terrapin Puppet Theatre/Honolulu Theatre for Youth)

Nick Enright Playwriting Prize: NSW Premiers Literary Awards (shortlisted)
You and Me and the Space Between (Terrapin Puppet Theatre/Honolulu Theatre for Youth)

Best Performance for Secondary Students: Drama Victoria Awards
The Boy at the Edge of Everything (Melbourne Theatre Company)

First children’s work ever selected for Dublin Theatre Festival’s Re:Viewed
The Girl Who Forgot to Sing Badly (The Ark/Theatre Lovett)